This panel will be led primarily in English at Fenaa Hayy Jameel.

How do we define urban spaces, and what functions do or should they fulfill? How would we envisage the ideal urban space? If spaces are created through events, actions, and interactions in a specific time and place, how do these matters create communities? How will the communities exist? How does the individual stand inside and outside the cultural space? How will we think of privacy, and how do the formal and informal play within the social and spatial fabric?

Join Dr. Ulrike Frietag, Anhar Salem, Lina Barnawi , Jassim Alsaady, and Friederike Jungtow as they discuss these questions in light of their research and documentation practices in Jeddah and Berlin. Drawing from readings of the the past and present from several disciplinary and practical perspectives, the panelists will explore the future imaginaries in through their respective disciplines and localities.

This panel is developed by Anhar Salem upon the completion of the first part of the In-Practice Residency with Slavs and Tatars in collaboration between Art Jameel and Goethe-Institut Saudi Arabia. During her residency, she met Dr. Ulrike Freitag, the Director of Leibniz-Zentrum Moderner Orient (ZMO) and a historian of the modern Middle East specialized in the history of the Arabian Peninsula. Dr. Ulrike is visiting Jeddah with a delegation of German students from Berlin University led by Anhar and Friederike in collaboration with Effat University and Art Jameel and includes a series of closed workshops, walks, and explorations of public spaces in the city.

Dr. Ulrike Frietag
Ulrike Freitag is a historian of the modern Middle East and the director of Leibniz-Zentrum
Moderner Orient in conjunction with a professorship at Freie Universität Berlin (since 2002). During the past years, Freitag has pursued a number of interwoven research fields, the broadest of which is the history of Muslim societies in a translocal perspective. Her individual interest in the modern cultural and urban history of the Arabian Peninsula resulted in her latest authored book, A History of Jeddah. The Gate to Mecca in the Nineteenth and Twentieth Centuries (Cambridge, New York 2020).

Jassim Alsaady
Jassim Alsaady is a Saudi Film director with over 18 Years of experience in a variety of productions such as commercials, corporate videos, documentaries, and feature films. Jassim was involved in facilitating and serving international production filming in Saudi Arabia. He has worked on films for the Oprah Winfrey Network in Saudi Arabia, two IMAX documentaries on pilgrims in the holy city of Mecca, and worked with American documentary filmmaker Morgan Spurlock’s “Where in the World is Osama bin Laden?”. He was working with acclaimed German director Tom Tykwer’s latest feature, an adaptation of a novel by American author Dave Eggers and starring Tom Hanks. Meanwhile, he directed over 60 TV commercials in the last 12 years. Currently, Jassim is shifting his focus to his own films as he is confident that he and the local talents have the opportunity to produce international standards. Meanwhile, he worked as advisor on 6 Saudi feature films that made it to the Saudi cinemas, international festivals, and on Netflix.

Lina Barnawi
Lina Barnawi is a paediatrician with a growing interest in urban sociology, social anthropology, and sonic urbanism. Her interest in documenting sonic and visual memories developed in response to the remaking of the urban scene in -Jeddah- her home city. Barnawi’s practice observes the ethnocultural diversity of the city alongside the internal and external migrations associated with its change. In her practice, she hospitalises spatial memory and questions the effect of urban remodelling on the relationship between humans and space. 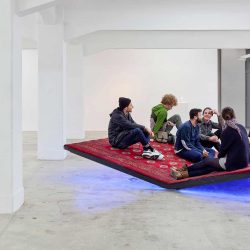 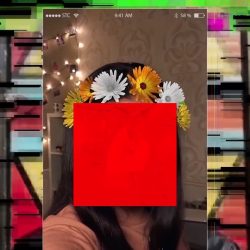